I Am Enough — A Public Response to Bill Gothard 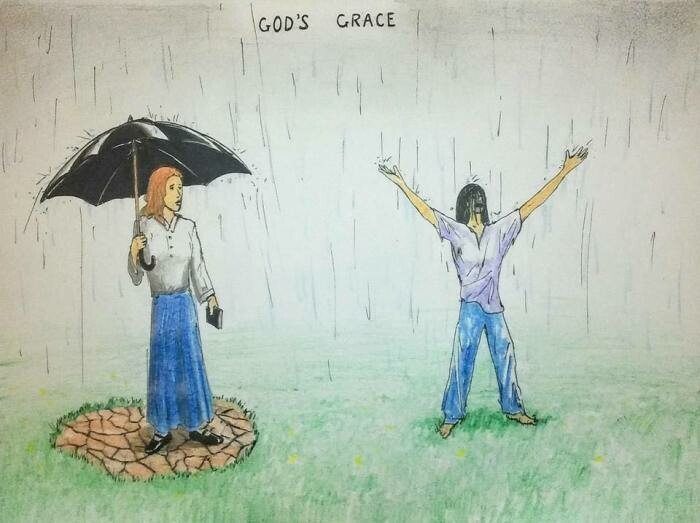 Wow, what a whirl-wind week it has been!  I’m still getting bombarded with so many messages of encouragement and of women sharing their most vulnerable stories.  I have cried and prayed with many of them and my heart of overwhelmed with emotion.  I feel so blessed to be trusted with their confidence.

But not all the messages and media publications have been so inspiring.  After officially coming out as a sexual abuse victim of Bill Gothard on Monday, Bill personally wrote a rather strong attack of me and publicly posted it online.  I’ve had a long time to choose how to handle my pain from Bill.  I can let it destroy me, or let God use it to strengthen me. After years of pain I eventually choose to forgive Bill.  And so, I told him so in my response to his public attack and choose to tell him about what he REALLY needs: the Gospel.  My official response has been published by Julie at the Spiritual Sounding Board blog.  HERE you can read the back story to my response as well as read the vile attack from Bill himself. However, I have decided only to publish on this blog my response to Bill — for my goal here is to share my story and how Jesus rescued and redeemed a hurting, lost girl.

I find it interesting that you have chosen now of all times to publish such a detailed, public attack of me, full of private details, when you know full well I am not allowed to defend myself.

I also find it interesting that you have put so much emphasis lately on the “defamatory statements” made against you.  Yet, you have openly called me bitter, a vicious liar, and a conspirator aimed at destroying your ministry, among other things.  Some of your supporters have even created an entire website against me and my fellow plaintiffs.  They just posted a nearly 4,000 word piece filled with very private information and blatantly defamatory remarks toward all us woman.

I promised myself a long time ago I would never address you in this format.  However, since I was not given the chance to tell you the following three things in court, as I had anticipated, I will address you here.

1. You remember that letter I wrote to you two years ago that was turned over in discovery?  Remember the last page?  I forgave you.

Not only for all the years growing up in IBLP, but also for the last two years of the lawsuit and for this “letter”.  But remember, I also said, “Forgiveness is not forgetting certain actions of people toward you. It’s not staying silent.  It’s not excusing certain behaviors.  Forgiveness is taking the burden of the pain, anger, and bitterness off your own shoulders and giving it to Jesus.”

And so, Bill, I want you to know I have already released everything and turned it over to Jesus.  I can truthfully say I have no feelings of hate or bitterness toward you.

2. Honestly Bill, over the last several years you have taken up FAR too much of my time, thoughts, and emotional energy. No longer will I let my mind be consumed by you. I have said my peace. I am ready to move on with my life and joyously dance in the light of my new found freedom in Christ!

3. I have changed, Bill.  I’m so thankful I am no longer that scared little girl you knew back in 2012, the time these emails were written to you.  As the song says, “I am no longer a slave to fear — I am a child of God.”

I have learned a lot.

I have learned I have an incredible Father who LOVES me — unconditionally!!  His love isn’t BASED off me, it’s PLACED ON me.  My God’s love is not poured out because of the worthiness of the object of His love but because of the abundance of His character AS LOVE.

I have learned about His radical, scandalous grace!  I can come to my Father anytime, with any pain.  He is ALWAYS there, offering comfort and security.  And when I am too weak to walk?  My Father scoops me up and CARRIES me.

I have learned that there is nothing I can do to make my Father love me any more or any less.  You see, Bill, I am enough.  Not because of anything I do.  Not for following the Commands of Christ or the 7 Basic Principles.  Not for memorizing scripture.  Not for meditating day and night.

I am enough SOLEY because JESUS IS ENOUGH!

THIS is freedom.  And it’s amazingly beautiful.

Bill, I earnestly pray for you that you may be able to experience this freedom someday.  To be able to learn the true meaning of grace and mercy.  To see just how incredibly forgiving our God is.  To walk in the freedom of grace and be able to depend on JESUS’S righteousness instead of your own.

To quote your favorite hymn: THAT just might make it “Worth it all” someday.

~Em
← A Brief Thank You Where Hope Is Found →

Today I discovered I am a fierce woman. In therapy today I came face to face with another lie that I had been believing — the lie that my unwillingness to submit to an abusive, toxic relationship several years ago was actually an “ungodly” response on my part. I...

Today I Discovered I Am A Fierce Woman You see, often churches teach that women are to be quiet, meek, mild, and most often times silent. Some of this sounds Biblical, at first. Women are told to be martyrs. We are to suffer silently for the cause and to turn the...

I can honestly say today was one of the happiest days of my life. Today I was baptized into the glorious TRUE Gospel!! If you know much of my story, then you know that I actually accepted Christ as my savior at the age of ten. Soon after that I was baptized at my...

It was a bitter cold night in February 2017.  I remember it like it was yesterday.  I lay on the floor of my bedroom. Curled up in a fetal position, body shaking, my tears fell away into the thick carpet threads. ​ I had been wrestling with my faith for several...

Have you ever asked God where He was during a difficult season of your life?  I once asked that of God.  During a frank discussion with Jesus one day I yelled at the top of my lungs, "Where were you that day, Jesus?!  I was crying.  I was scared.  I was hurting.  How...

The Reckoning of Being Enough

I sit in the stillness of the woods, the sound of endless birds’ sonatas fill my searching ears.  My heart is restless.  I look around the enchanted view of overhanging trees and wildflowers, and I sigh.  Why can’t I crowd out the ceaseless noise of one million...